This November 1-3, progressive Catholics will converge for the world’s biggest church reform conference — the annual Call To Action conference, this year titled Living Our Baptismal Call. And here on Young Adult Catholics, we will feature some of this year’s conference speakers that we are excited to see. Find out about all conference speakers and young adult scholarships here. Next up is Bob Shine, who will be presenting, along with Sister Jeannine Gramick, LGBT Catholics and Allies Standing Together: Intergenerational Issues. 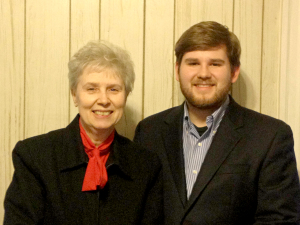 Though the baptisms are separated by many years, how Sister Jeannine and I live out our baptismal call is strikingly similar, as are the stories which led us into LGBT ministry (which diverge greatly once we left campus).

Sr. Jeannine Gramick, of the Loretto Community, was attending the University of Pennsylvania in the early 1970s when she met Dominic, a “homosexual” as it was termed then. This young man kept asking the Catholic nun what her Church, and his Church during childhood, was doing to support gay and lesbian people. What pastoral initiatives cared for their well-being amid intense isolation? Where was the Catholic voice against all-too-common discrimination and violence targeting gays and lesbians?

The questions provoked Jeannine to inquire further, educate herself, and eventually act out. Holding home liturgies for those Catholics who felt excluded, she began serving the gay and lesbian community to welcome them back into the Church they loved. Jeannine encountered many people whose love, commitment, and faith were so evident, and it guided her towards her life’s ministry.

As a student at The Catholic University of America, I was similarly transformed by my time on campus. Raised amid a progressive home and parish in Massachusetts, I never questioned the goodness and God-givenness of every person’s sexual orientation. Marriage equality was approved in my state when I was thirteen, and I grew up with families who had two moms and two dads. Equality was normal for me.

Only when I went to college did I personally encounter Catholics who opposed LGBT equality, and vehemently so. I struggled for an LGBTQ student organization that would create a safe, affirming space on campus while we worked to make the university’s culture more welcoming. We were denied repeatedly and ostracized officially, even while student support grew and personal experiences with gay and lesbian students challenged me to do more, think harder, act more courageously with them.

And so we left our universities, directed by our experiences on campus to live out the baptismal calls to seek justice and equality. Jeannine began four decades of ministry with the LGBT community, co-founding New Ways Ministry, authoring books, and facing down the Vatican. I began working at New Ways Ministry as it paints a path forward on Catholic LGBT issues.

Jeannine and I encountered LGBT people on campus, transforming our lives in answering God’s baptismal call. The intergenerational relationship present in this ministry is evident, as our style, language, and beliefs diverge at moments. Yet, our common pursuit of the Gospel’s demand that all people are welcome into our Catholic community and all people live in a just society is unitive.

For Jeannine and me, this ministry is not handing down one generation’s previous struggles to the next one. It is about struggling together, in the present, for the world we seek. We look forward to engaging with participants at CTA’s national conference this year as we listen to how intergenerational dynamics affect their thoughts and actions on LGBT issues, and share further insights from our lives. We hope you will join us!

Jeannine Gramick, SL, has been involved in pastoral outreach to lesbian/gay Catholics since 1971. She co-founded New Ways Ministry, a national organization to promote justice for LGBT Catholics and the wider Church. Her story is documented in the film, In Good Conscience: Sister Jeannine Gramick’s Journey of Faith.

Robert Shine coordinates outreach to young adults and Catholic higher education at New Ways Ministry, with experience organizing LGBT students while studying theology at Catholic University of America. He regularly blogs on Catholic LGBT issues at Bondings 2.0, other Catholic issues at Imagine the Kingdom, and tweets at @bobshine89.